A beautiful Island rich in culture and history

Originally we were only supposed to do a short stop-over in Bali to re-provision and rest and than continue our trip across the Indian Ocean. Luckily for us, just before we arrived, Indonesia put a sponsored visa in place and our yacht agent applied for us. This meant that we were allowed to stay a bit longer to recover from the long trip from Tahiti [see Pacific Crossing [Oct 2020] & Pacific to Indian Ocean [Nov 2020]]. After a PCR test we were also allowed to go ashore [required even after being a month alone at sea]. 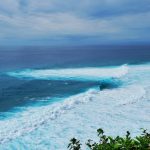 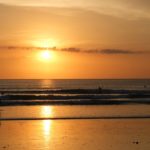 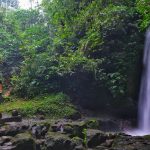 After this priority was taken care of, we identified some more equipment that would appreciate an upgrade. One of those was the main sail. We already had the replacement sail on board but were missing some parts to actually install it. The old main sail had done lots of miles and after 5 years of great service, the UV had taken a toll on it.

In general you would expect that we just get the parts shipped to Bali and off we go again. Not that fast, unfortunately, we learned the “hard way” that shipping to Indonesia isn’t easy. And especially the pandemic times which very reduced flight plans didn’t help at all. Also we were unlucky and one airline lost of of our packages – it has never been seen again… In the end we managed to get the parts and all was fine, mostly thanks to our awesome yacht agent.

That’s the background story why we ended up spending three months in Bali, not planned but a nice “lineup of circumstances”, even if it was rainy season…

We experienced Bali “completely different” than most people who have been to the island in the last couple of years. We had been told that Bali was packed with tourists and traffic jams – not for us. As there were almost no tourists left and only few arrived during a short time window before Indonesia closed the borders again. Therefore Bali was mostly occupied by locals, expats and some tourists from Jakarta, the capital. The tourism industry was badly impacted by the lack of foreigners and lots of hotels and restaurants had closed – no night clubs and packed beaches – we didn’t mind at all.

We often or almost always got asked the following questions: Where do you come from? When did you arrive? Is this your first time in Bali? We got lots of stunned faces when we explained that we had arrived by sailing boat from Tahiti. Not a very common mean of transportation ;-) 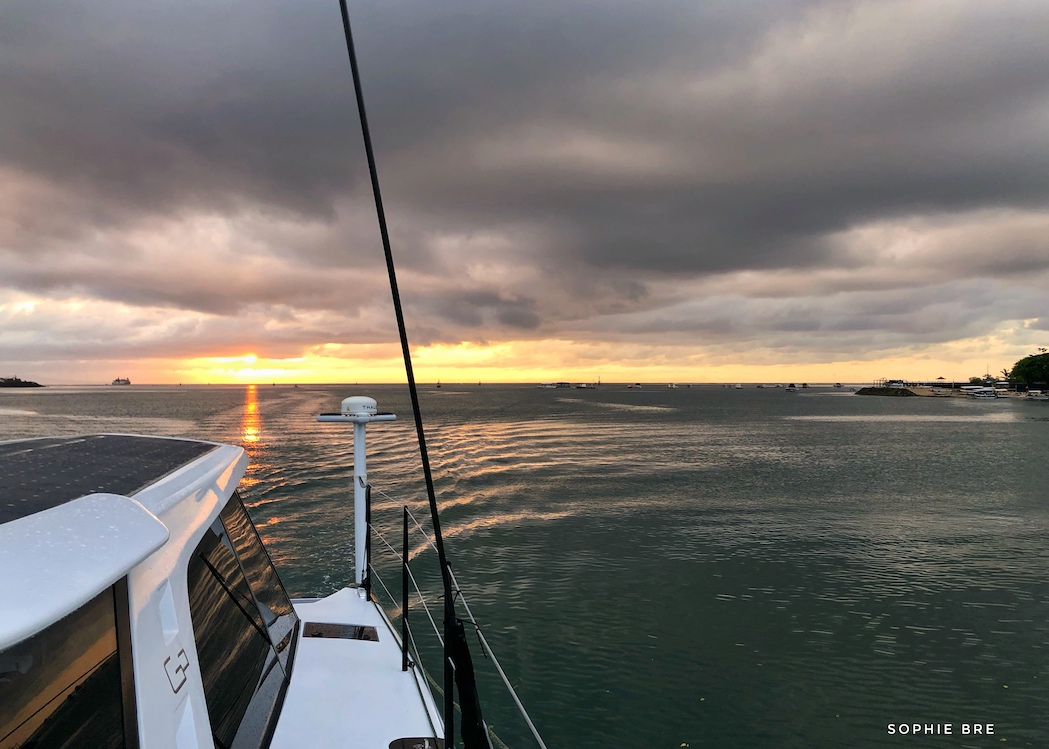 It’s a pity that we didn’t get to see any of the other islands of Indonesia. When sailing by on the way to and from Bali we saw beautiful and often “wild” islands and landscapes. Lots of terrain and islands to discover, I guess we will have to come back later. And even Bali has so many different “faces” that there is still a lot to experience.

Coming back to the welcoming, friendly and tolerant people of Bali – we really enjoyed their lovely smiles and kindness. Google translate was a great help but we were often surprised how well the locals spoke English. The culture and cults of Bali are different from the rest of Indonesia and they have a rich history and beautiful temples. 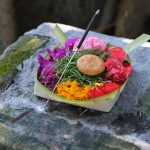 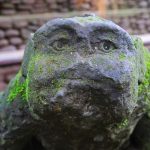 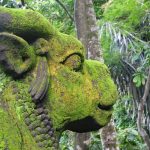 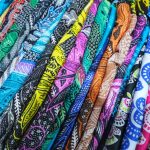 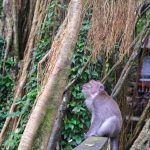 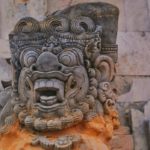 As mentioned above, Indonesia is a huge country, with the 4th largest population worldwide, so it’s not surprising that they have their own versions of popular internet based services. With the help of our yacht agent, we almost became specialists in sourcing item on Tokopedia, the Indonesian version of Amazon. And for food and meal deliveries we used “Go Jek”, it’s like Uber Eats but instead by car, the drivers are delivering by motor cycles.

By the way, the easiest way to get around Bali is on you own two wheels. The traffic is “organized” chaos and needs a bit of time and practice to get used to. Also watch out during the rainy season, you can get soaked very quickly on your motor bike. We “enjoyed” the freedom of the scooters and blended right in with the locals.

The food is very nice in Bali and there is a large variety of different cuisines available due to the heavy tourism otherwise. We enjoyed the Go Jek delivery services a lot to avoid getting to exposed but watch out, you better know what you are ordering as the food can get very spicy. 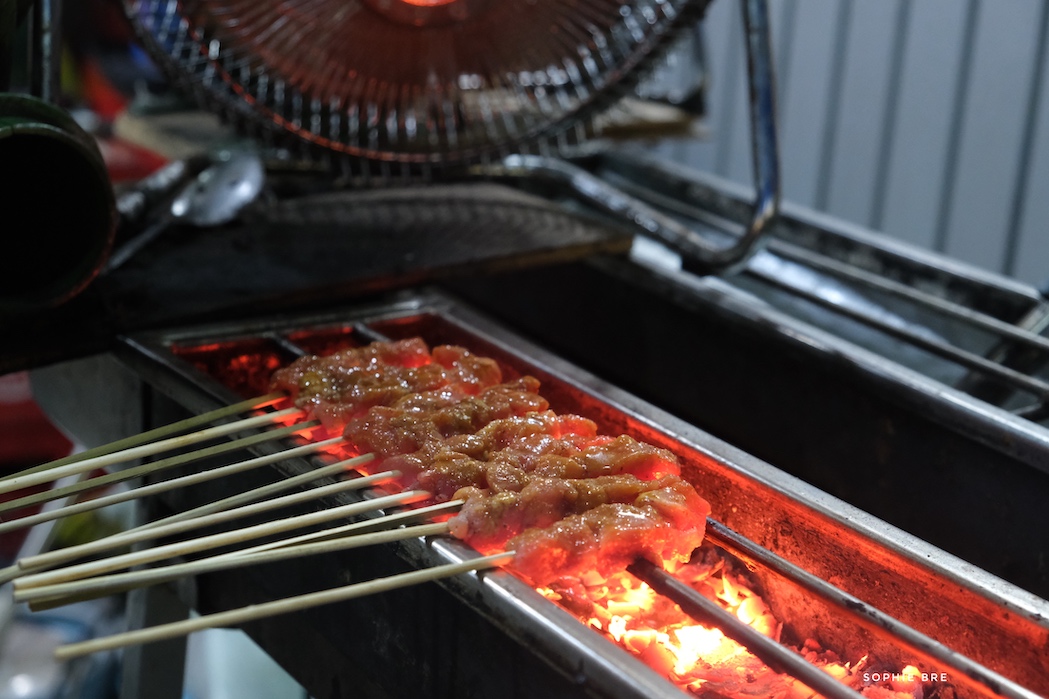 Bali features several Volcanos and very big variety of fresh fruits and vegetables due to the rich volcanic soils. The salads and vegetables were delivered right from the farms and very tasty. And the rice fields are not only looking picturesque but are feeding a whole population. 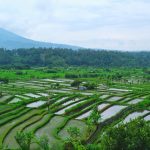 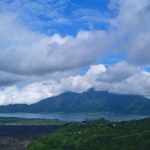 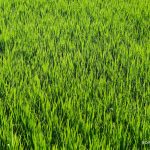 One downside of Indonesia and Bali that we have noticed is the huge amounts of plastic trash. There is plastic floating around in the waters and river mouths and it gets washed up on the beaches. What a shame. Let’s hope that the trash problem gets soon taken care off and there is a change in awareness of the actual and future generations. 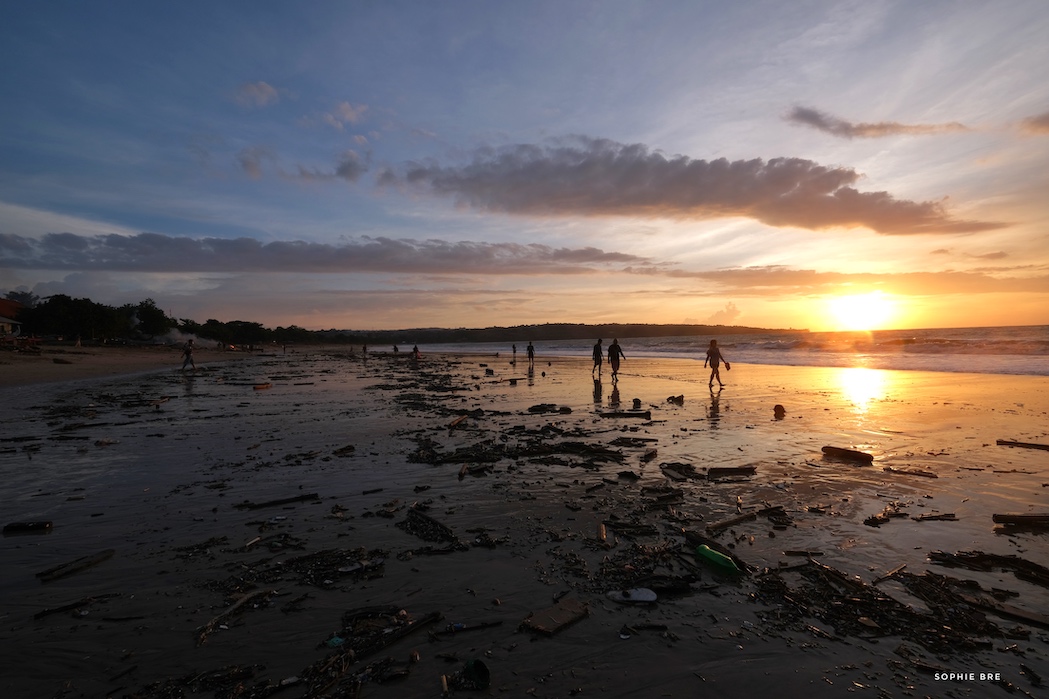 Moonwave was based in the harbor of Benoa in the south of Bali. Benoa is a very active fishing port and small container harbor. But most fish for the local population is caught locally with smaller boats. In general fishing either from boats or land is a very popular activity of the locals. The pilot station was at the end of the dock and we enjoyed the watch the port activities. 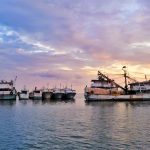 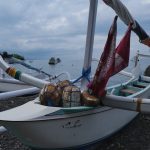 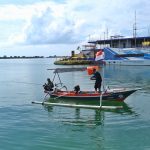 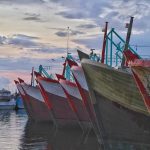 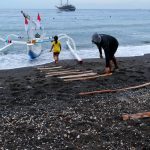 All in all, we were very happy to have found Bali as a safe harbor for the months spent there and the local kindness of the locals will stay in our memories. If returning to the area, we would probably watch out not to choose the rainy season as it’s very hot & humid and lots of rain…